Sales Activity:
Sales Activity in October was only slightly down from September in Southern Georgian Bay (129 units in October down from 134 in September). Although the number of units sold is up from only 110 units sold in July and 126 in August. This confirms there have been moderate improvements in both September and October this fall.

At the end of October, the number of homes sold in Southern Georgian Bay is currently down -37% from the same time period last year.

In October, the Wasaga Beach supply and demand decreased from 18% to 16%. However, the average absorption rate for all of Southern Georgian Bay only moved from 16.86% in September to 17.0% in October. This indicating overall the current rate is holding.

Statistically, there is now less inventory coming onto the market as we enter November and based on the number of unit sales in the first week of November, it is possible we will see the supply and demand increase in the weeks to come.

Monthly the Wasaga Beach year-to-date average sales price moved from $873,985 in September to $862,039 in October. Although the 12-month average price is only down 0.43% at this time. This was consistent with Collingwood and the Town of the Blue Mountains on the 12-month review. Clearview Township on the other hand concluded an increase of 0.71% from September to October.
Please see the attached reports and do not hesitate to contact the GO TO TEAM for further information.

Please click the following link to view the entire Market Report for this month: REMAX_MarketReport_OCTOBER-2022 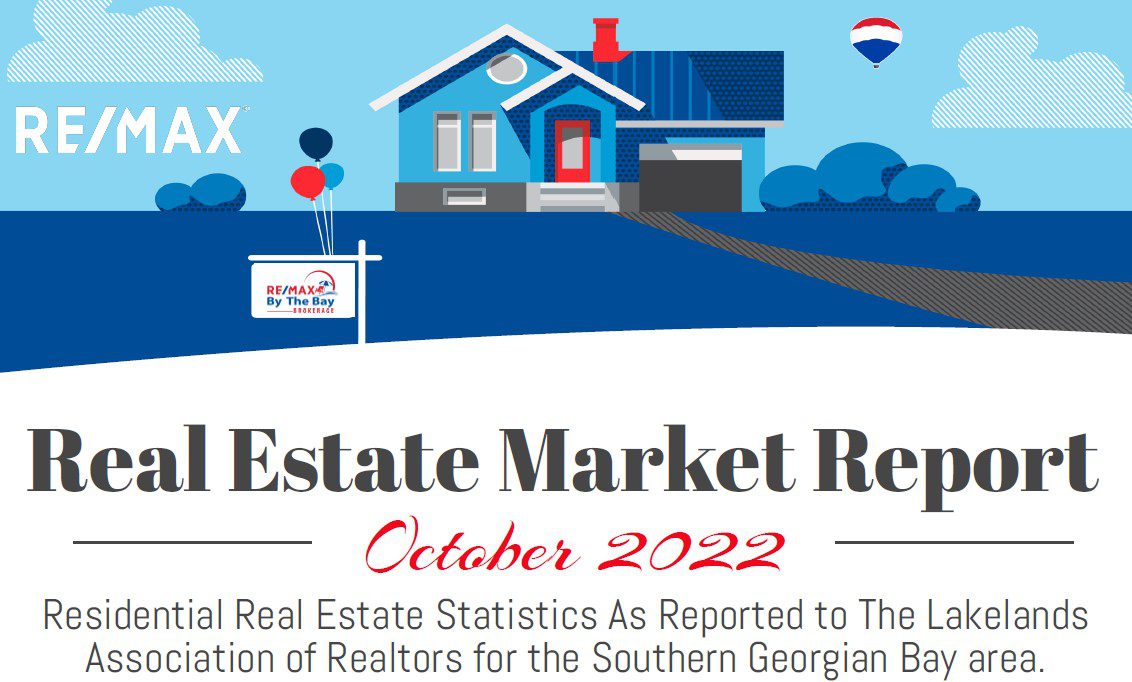